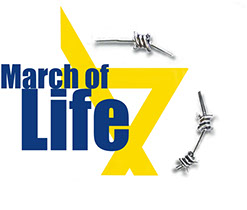 The March of Life is an initiative by Jobst and Charlotte Bittner and TOS Ministries from Tübingen, Germany. Together with descendants of German Wehrmacht soldiers and members of the SS and police force, they have organized memorial and reconciliation marches at sites of the Holocaust all over Europe. Since the beginning of this movement in 2007, marches were held in 17 nations and in more than 350 cities in cooperation with Christians from different churches and denominations, as well as many Jewish communities. In 2011 & 2015, the March of Life was honoured by the Israeli Knesset for its special efforts on behalf of Holocaust survivors. 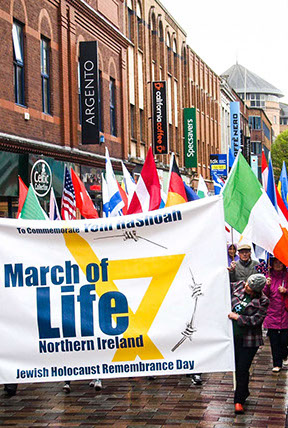 MARCH OF THE NATIONS

BREAKING THE VEIL OF SILENCE

The message of the March of Life stands for: @marchoflifeuk

•Remembering – working through the past, giving survivors of the Holocaust a voice.

•Reconciliation – healing and restoration between descendants of the victims and perpetrators.

•Taking a stand – for Israel and against modern anti-Semitism.

The President of the German Bundestag, Norbert Lammert, wrote about the movement in a word of greeting: “The initiative March of Life is valuable and important. The humble prayer initiative has long since become an international movement, including both eyewitnesses and those born later. I hope this idea will stir many people, and that there will be many “Marches of Life" both with our feet and in our heads throughout the coming years.”                                   @marchoflifeuk 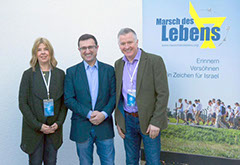 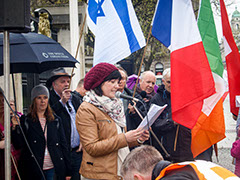 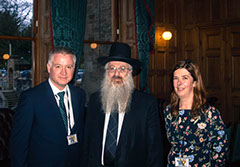